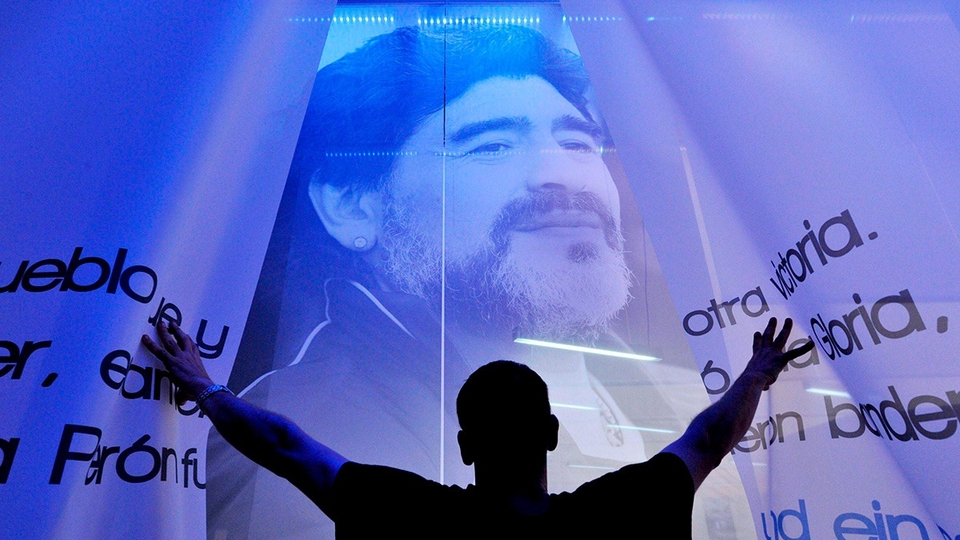 Matías Morla, attorney of Diego Maradona, has up to next monday 18 to present before the court of La Plata a detail of the assets, partnerships and contracts that the star had at the time of his death. This includes, for example, the agreement for the television series about the life of Maradona, a contract for video games, the agreement for a cafe in Dubai, several related to merchandising and an unusual contract with a company that took a model of the left foot of the Ten and that he sold that gold model to diehard fans of Diego. Perhaps the most valuable thing is related to the Bolivarian Republic of Venezuela, to which Maradona supplied cereals from Italy and which, according to those close to Morla, the Venezuelan government has a debt of several million dollars. The documentation requested by the magistrate includes donations to their children, which will surely lead to compensation, because some received a lot and others received almost nothing (see separate).

The one who made the decisions was Judge Alfredo Aníbal Villata who substitutes the head of the court, Luciana Tedesco Del Rivero, currently at the fair. On Thursday, January 7, the magistrate agreed to enable the fair and issued a five-page resolution in which he gave Morla a period of 10 days to present much of the documentation that has to do with Maradona’s inheritance. In that court case, Morla is represented by the lawyer Mauricio D’Alessandro. On the other side of the table On behalf of the five children recognized by Maradona, the also lawyer Sebastián Baglietto was appointed as administrator of the estate.

The relationship is tense, something that was already seen with the tweets that Dalma and Giannina fired against Morla and Morla against them. But, in addition, the heirs maintain that the lawyer had to deliver everything immediately and that it is deliberately delayed. The judge seems to support the claims of Baglietto and the children because in the letter it says that if Morla does not deliver on time, the magistrate will file a criminal complaint. The climate is of a conflict that will have its highest and lowest moments.

* The “Broad Power of Administration and Disposition and Administrative Banking and Judicial Representation that Maradona signed for Morla before Sandra Lampolsky in 2016”.

* An enumeration of all judicial and extrajudicial processes.

* All bank accounts in Argentina and abroad.

* All Maradona’s interests in companies.

* All real estate and also vehicles.

* All contracts in force at the time of death.

* All tax debts of the Ten.

* All documentation of donations and inheritance advances to the children and surely also to Rocío Oliva, her most recent partner.

As this newspaper anticipated at the time, Morla says that there are about ten million dollars in Maradona’s accounts and that this money is in Mexico, Dubai, Luxembourg and Argentina. It is assumed that D’Alessandro has already delivered the list of accounts to Baglietto, but the judge asks for more documentation.

The other important list is that of contracts. It is said that, in total, there were between ten and twelve of magnitude:

* Diego provided cereals from Italy to Venezuela. There was a debt that is said to be several million dollars. It remains to be seen if it can be charged.

* BTF Media is the producer of the series on the life of Maradona. The star has already collected an advance, but the contract states that he will receive 20 percent of all subsequent sales, for example, to Italian television or to anyone who wants to broadcast the series.

* There is a contract with the Konami video game company.

* There is a cafe in Dubai with the name of Ten. The company pays royalties every year.

* Venezuela still owes Maradona the payment as a commentator for the last World Cup.

* There are several contracts for merchandising on behalf of the Ten.

* An astonishing contract with a company that took Maradona’s left foot, turned it into a plaster model and on that basis makes a similar gold model that is sold to billionaires. Obviously, the company is based in Dubai.

According to Morla’s team, Gimnasia y Esgrima de La Plata and Dorados de México do not owe money, so there is nothing pending from those contracts.

In the same letter from Judge Villata, it is ordered that warrants be issued to the following countries:

In all cases, information is requested on bank accounts, companies and assets. There is an exhortation to Dubai that was ordered before the fair and that is underway, although these measures take time. For now, the club, the bank and the Argentine embassy in Dubai are collaborating, but the court order must arrive to access the accounts, the storage in which there is a mysterious safe and, in addition, Maradona had a shareholding in the club.

It is still difficult to estimate the fortune that Diego left to his heirs and it is not even possible to know exactly how many heirs will participate in the distribution. There are filiation trials underway and others – such as that of the alleged Cuban children – that it is not known if they will be initiated. In any case, taking into account that it was only a month and a half after death, the process progressed at good speed, basically because Verónica Ojeda’s husband, Mario Baudry, representative of Diego Fernando, the son that Maradona had with Verónica, reached an agreement between all the children when things were looking for a confrontation between several of them.

The lawsuits that Maradona had against will enter the accounts, such as that of the Italian treasury, which has been claiming about 26 million dollars for decades. It is clear that the succession will have to continue litigating in Italy to avoid having to pay that sum.

On the other hand, the judge issued an appeal to Miami to know the status of the trial against Claudia Villafañe, Maradona’s ex-wife, for six apartments she bought using her maiden name when she was not divorced from the Ten. If one of the heirs or all of them decide to go ahead with the trial – there is that will, but you have to pay a lawyer in Miami – the process will continue its course because if the US justice decides that the departments were part of Maradona, They will then be the heirs.

One of the requirements of Judge Alfredo Villata is that the administrator of Maradona, Matías Morla, deliver the documentation of the donations and inheritance advances with which Diego benefited those around him: houses, vehicles, sums close to a million dollars are mentioned. In Morla’s environment they affirm that they will deliver those documents in which –as they affirm– there are a clear disparity: Dalma and Giannina received a lot, for years and years, the only ones recognized and the star’s great weakness; then Verónica Ojeda and Dieguito Fernando; also Rocío Ojeda, his partner for six years, and Jana and Diego junior received little and nothing. From a legal point of view, a collation, which is to make up for what each other received. It should also be seen if DNA studies confirm the existence of other heirs.

The first thing then will be to verify the documentation that Morla delivers on Monday the 18th to establish how much of the Ten was distributed in life. Day by day, the five sons recognized by the Ten act together and they agreed not only in establishing the succession in La Plata but also in appointing Sebastián Baglietto as administrator. What is convenient for all of them is to continue in that alliance, because it allows rapid progress in the succession and surely, sooner or later, they will dispute Morla – who claims to have all the rights registered – the contracts that in the future are They can sign for the use of the name and everything that the legendary footballer left behind.

Gabriel Achilier was finally announced as a new player of the Orense Sporting Club of the first division of the League of Ecuador. ...
Read more
Sport

Tokyo Olympics: The Times says they decided to postpone them due to the coronavirus – Olympic Cycle – Sports

The coronavirus pandemic continues to wreak havoc around the world. Many countries maintain restrictions and sport is one of the most affected, as...
Read more
Sport

The Times: Japan would have already decided that the Tokyo Olympics should be canceled due to the coronavirus

A ‘bomb’: they reveal that Juanma Lillo is a “firm candidate” to take over at La Roja | Soccer

Cruz Azul receives a counter offer from Botafogo for Kanu; there is no agreement between clubs

According to information revealed by the Brazilian journalist Matheus Medeiros, shared by Carlos Córdova, Cruz Azul's Machine has not yet been able to reach...
Read more

Oximeter, the $ 20 device that can help save lives in the coronavirus pandemic