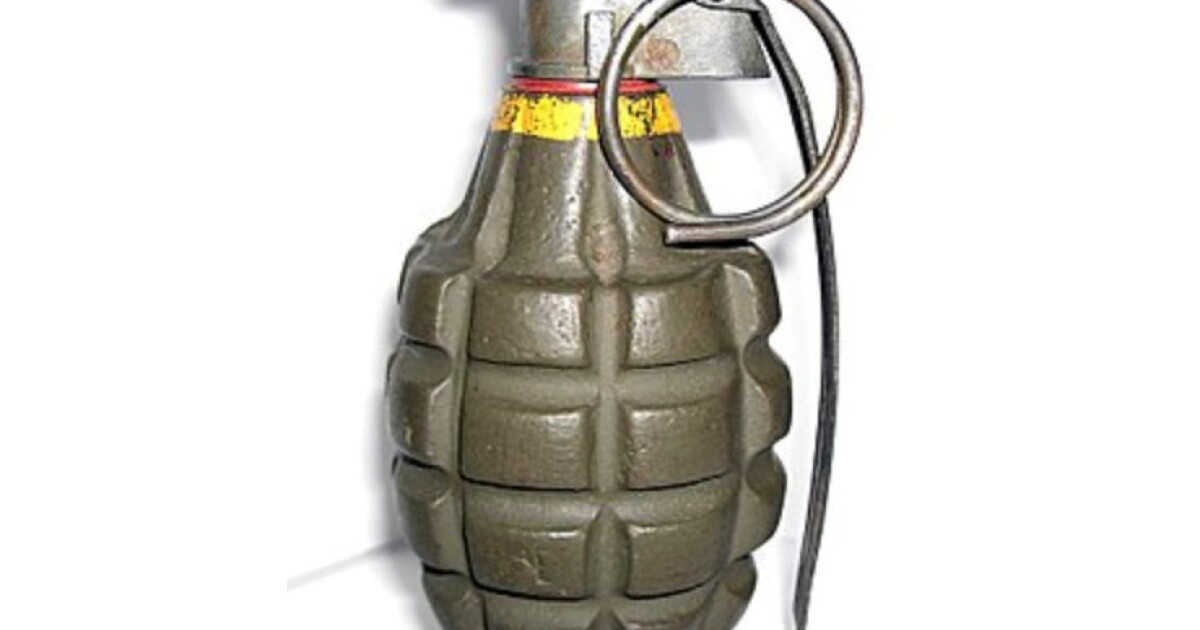 A 12 year old boy died from the explosion of a grenade bought in an antique store in Northern California, United States. According to the authorities, the projectile was supposed to be “inert”.

“They were thought to be chemically inactive MK 2 grenades, a style used during WWII.”the Agency on Alcohol, Tobacco, Firearms and Explosives (ATF) said in a statement.

UPDATED: Seeking the public’s help in recovering potential live grenades purchased in June 2020 at Fancy Flea Antique Mall in Shallotte. Virginia teen killed by an exploding grenade that may have been purchased from the antique mall in June. https://t.co/INbGJKKbz3 pic.twitter.com/IqEA3XXAMC

The explosion occurred on December 23 and the device was purchased in June 2020.

When the artifact was sold, both the seller and the buyer did not believe that “the grenades worked or were dangerous.”

Authorities may not be able to determine the exact number of grenades sold because the transactions were made in cash. Further, it is not clear whether the minor had purchased the explosive projectile.

Now the concern for ATF officials is that possibly more shells from the same supplier were sold.

“The purchased grenades could contain live explosives and be dangerous to the public,” the agency said.

Therefore, he asked the buyers of that same store to communicate as soon as possible with the agency that is part of the United States Department of Justice.

As reported by the British newspaper Daily Mail, starting this Monday, the housing options for the first island created by the hand of man...
Read more
World

The billionaire heir to the Samsung technology empire, Lee Jae Yong, was sentenced on Monday to two years and six months in prison for...
Read more
World

Israel leaves Palestine out of its vaccination campaign

Two days before he became the 46th president...
Read more

Awesome! They capture the exact moment of the ROTATION of the Earth: VIDEO