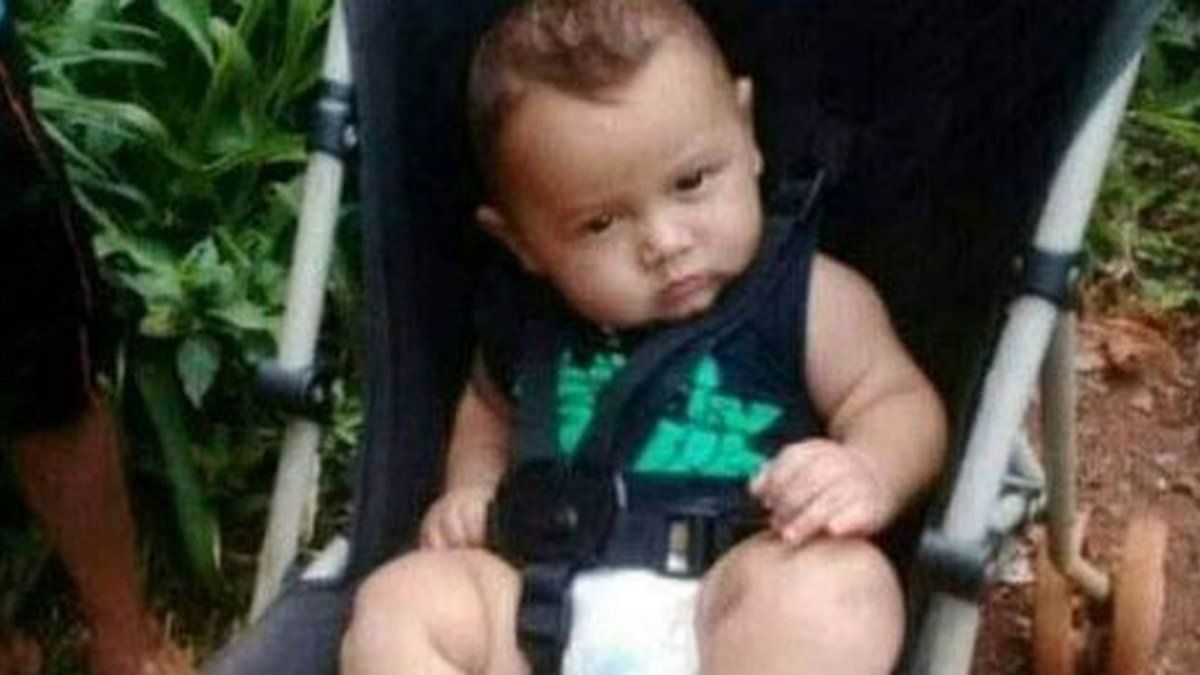 A couple, made up of a 32-year-old man and a woman aged 23, she was arrested in the Misiones town of Oberá for murdering and burying her four-month-old son. The investigation began through the warning of neighbors on social networks.

“This baby is desperately wanted. mother Is detained. It is not known whether he gave it or sold it, “said one of the first user posts on Facebook. As a result of this, Justice intervened ex officio and began the search to find both him and his parents. They found out that the mother, identified as Micaela Karina DS, was delayed in General Alvear for a robbery, so they investigated her and the mother broke down, to the point that she recognized that the child was dead and specified the exact place where he was buried.

The woman accompanied the Policeman to the place, located in the jurisdiction of San Martín, bordering Alvear, where the remains of the creature were found. At the scene, the young woman accused her boyfriend, named Oscar Héctor DS, of the murder, who hours later was apprehended.

The body was transferred to the Posadas judicial morgue for the rigorous autopsy, although sources in the case speculated that the filicide had been perpetrated between Thursday and Friday of last week. In turn, the two parents were detained.

In the last hours, the local newspaper El Territorio interviewed Agostina N., who last Friday alerted the Alvear police station about the presence of Micaela Karina DS in her farm. The witness said that the girl asked her for help because her partner abused her and her baby, although the little one was no longer with them. “They came to my house and asked me how they had to go to Santa Ana. They were walking on foot and asked me for water. I still told them that if they were lost, I could tell the police to help them but he said no. When I gave the girl water, I saw that she had a wound on her right hand. She came over and asked me to call the police, and he ran away, “he explained.

Later, the young woman told him that “she had a baby that she gave to a woman who lost hers.” “She started to cry and told me that the wound she had on her hand was not for her, that it was a machete from the husband for her baby. There, I felt a chill,” she added. “To me, she is a victim of the type. I can not believe what happened to that innocent,” he concluded.

A mother brought her two-month-old baby to a hospital guard and despite attempts to save him, the little one died within minutes. After reviewing it completely, the professionals discovered signs of violence and signs of sexual abuse.

The abominable event occurred in San Pedro de Jujuy. Following the warning to the Police by the medical staff, an investigation was launched while the body was transferred to the morgue. Unofficial information indicated that a man, 47 years old and who is the partner of the baby’s mother, was arrested.

ready to go, ask for an effort

Melania Trump in farewell message: “Violence is not the answer”