Home World The 10 keys to understanding the territorial controversy between Venezuela and Guyana...
World 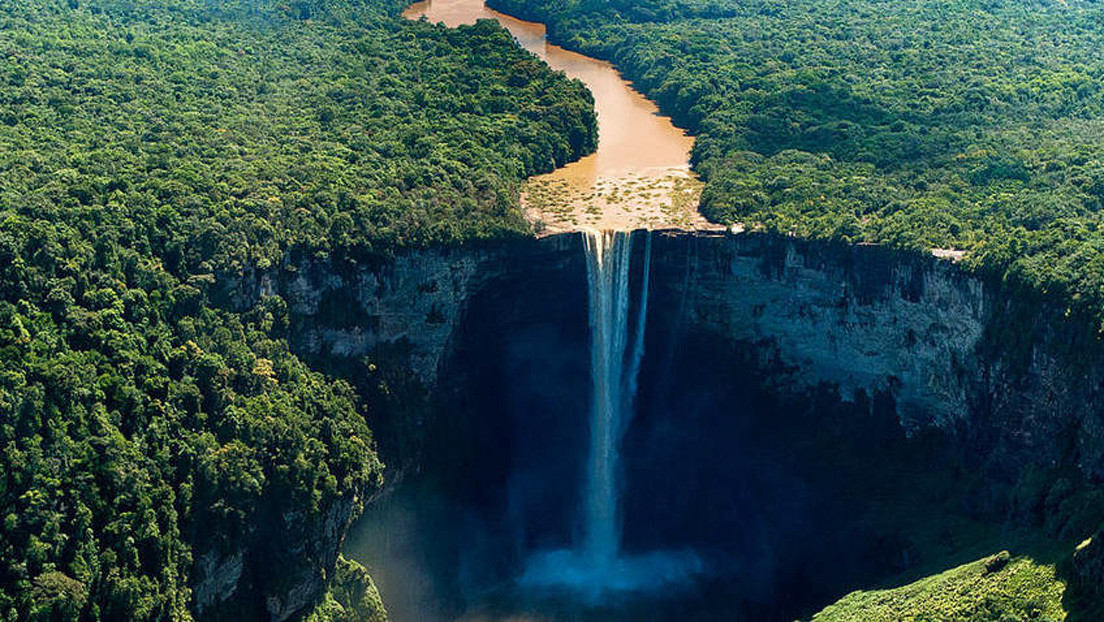 Guyana attended in March 2018, unilaterally, before the International Court of Justice (ICJ) to ask him to agree to study and resolve the territorial dispute with Venezuela over the Essequibo territory.

In December 2020, the Court declared “qualified“to analyze” the validity of the arbitration award of October 3, 1899 “, which drew the border between the two countries and which had been declared void in 1966, after signing the Geneva Agreement.

Faced with this situation, Venezuela established at the beginning of this year a new maritime territory on its Atlantic coast to “safeguard the spaces of the country”, while sending a letter of protest to the United Nations, requesting the mediation of the Secretary, António Guterres, to resume direct talks with Guyana and disregard the jurisdiction of the ICJ on the dispute.

What is the Essequibo?

The Essequibo Territory or Essequibo Region, also known as Guayana Essequiba, is a region between the west of the Essequibo River to the landmark at the top of Mount Roraima, in South America.

The mineral and forest zone, which has 159,500 square kilometers, is administered by Guyana, but Venezuela claims it as its own and considers it an area to be delimited, so both countries have a territorial dispute.

What is the Paris Arbitration Award?

The Essequibo Territory was dominated by the Spanish, Dutch and then British empires, which in 1897 committed to Venezuela, which claimed the territory, to resolve the dispute in international courts.

In 1899, the area was awarded to the British Empire by means of an Arbitration Award, that is, a resolution issued by an arbitrator and that serves to settle a conflict between two or more parties, in a court in Paris.

Why does Venezuela say that this Award is null?

In 1962, Venezuela filed a lawsuit with the United Nations (UN) asking to declare this Arbitration Award null and void (non-existent), after discovering that it was resolved in a fraudulent manner, as there was complicity between the British delegates and the Russian judge Fyodor Martens, who determined the ruling.

For this reason, in 1966, when Guyana agreed to its independence from the United Kingdom, and after the complaint filed by Venezuela, both nations decided to annul that award and sign the so-called Geneva Agreement.

What does the Geneva Agreement say?

This agreement, which was signed in Geneva on February 17, 1966 by Venezuela and the United Kingdom, together with British Guyana (soon to receive Independence), establishes that the Essequibo is administered by Guyana and its sovereignty is disputed by Venezuela, until something different is resolved under the treaty.

The new pact annuls the Paris Award and establishes a period of 4 years to resolve the dispute in a “practical, peaceful and satisfactory way for both parties”, which has not yet been possible. At present, its guidelines are considered to remain in effect.

What happened to the mediators?

Between 1983 and 1999, both countries attempted to resolve the conflict through the so-called UN Good Offices mechanism, a system for the peaceful settlement of territorial disputes through a ‘Good Officiator’ chosen and accepted by the parties.

This figure has the function of bringing both governments closer together in order for them to reach a satisfactory solution, as dictated by the treaty. However, these attempts never yielded concrete results.

Why does Guyana attend the ICJ?

The conflict between the two countries was fueled in 2015, when the US oil company Exxon Mobil announced the discovery of an important field in the Atlantic Ocean, right in the area that enters the historic territorial dispute. The explorations were carried out with the endorsement of the government of Guyana, prompting a note of protest from Venezuela.

After the diplomatic uproar, it was finally decided to resolve the conflict through the UN’s Good Offices mechanisms, but again, no solution was reached. Given this, Guyana unilaterally asked the International Court of Justice (ICJ) to judge the territorial dispute.

Why doesn’t Venezuela recognize the jurisdiction of the ICJ?

Venezuela does not recognize the judicial sphere as a way to resolve the dispute, as it considers that it would be in violation of the Geneva Agreement.

On the contrary, the country has proposed to the Government of Guyana to restart direct diplomatic contacts, which will allow a practical and satisfactory solution to be reached.

What is Guyana asking for?

Experts believe that the development of the oil sector became vital for Guyana, considered the second poorest country in the Western Hemisphere, after Haiti.

What does Venezuela want?

Caracas, for its part, defends that during the colony, the limit of its Captaincy General of 1777 was established by the Essequibo River. For this reason, this territory belongs to Venezuela by historical right.

Since 1965, the country decided to publish an official map, which is maintained to this day, in which Guayana Esequiba was identified as a “zone in claim.”

What will happen in the next few days?

The Venezuelan president, Nicolás Maduro, sent a letter to the UN Secretary General, António Guterres, to emphasize that it is in his hands to “revive the dialogue” and “prosecute” the territorial controversy through peaceful means.

Letter from Pdte. @NicolasMaduro al SG de la ONU @antonioguterres on Guayana Esequiba and the ICJ decision. Only direct conversations between sovereign states can bring us closer to a solution on the controversy inherited from the colonial robberies of the 19th century. pic.twitter.com/vFC6I5bYd3

He also sent a letter to the president of the ICJ, Abdulqawi Ahmed Yusuf, to reject that the two countries have been summoned to a virtual hearing on January 15, although Venezuela expressed that it does not recognize the jurisdiction of the court.

If you liked it, share it with your friends!