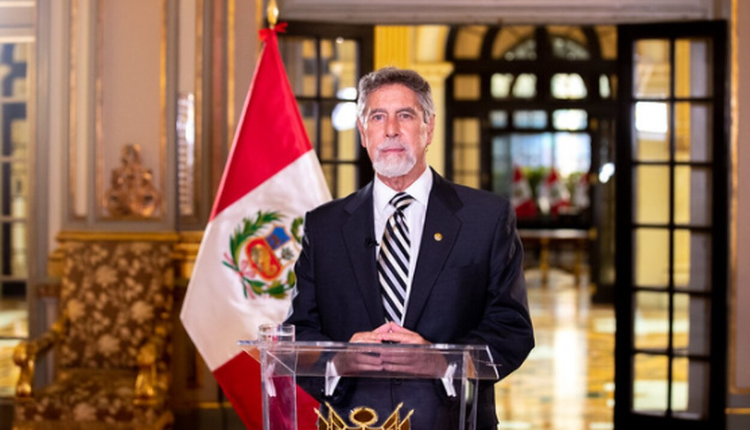 The President of the Republic, Francisco Sagasti, announced at a press conference that some restrictive measures will be resumed in a targeted manner in the country, given the advance of COVID-19. This according to the alert levels of each region and with the purpose of trying to stop the second wave of coronavirus infections in Peru.

He specified that the decision was made taking into account criteria such as the learning process, consultations with various social actors, experiences from other countries, the English variant, levels of overpopulation, economic fragility, PCR positivity, mortality rate, among others.

These regions will maintain a curfew from 11.00 pm to 4.00 am In addition, the capacity for sports and cultural establishments will be 40%, commercial stores 50% and restaurants will be able to operate at 60%. No major restrictions were indicated for Sundays, so they will be able to circulate without problems.

In them, the curfew will be from 9:00 pm to 4:00 am Capacity will be reduced to 30% in sports and cultural establishments, 40% in stores and 50% in restaurants. On Sundays vehicular traffic will be restricted, unless they provide a public service or have authorization to work.

In them, the curfew will start from 7:00 pm to 4:00 am Capacity will be reduced to 20% in sports and cultural establishments, 30% in stores and 40% in restaurants. In addition, on Sundays vehicular and pedestrian traffic will be restricted, except for those who provide a public service or have authorization to work.

Finally, the Government confirmed that the measures taken will be for the next 15 days and that they will be evaluated according to the evolution of the different factors that are being analyzed.

Francisco Sagasti: “We want to avoid extreme confinement for everyone”

President Francisco Sagasti ruled out this Wednesday that a mandatory quarantine for the entire population will be issued for the moment, instead, other measures will be proposed to stop the advance of the second wave of the coronavirus.

“We want to avoid extreme confinement, a strict quarantine for everyone, we don’t want to get there. That is why we are gradually seeing what measures we must take at the three alert levels, “he said during a press conference with members of the Council of Ministers.

However, he pointed out that “if we arrive in any region or in any part of the country to lift the slope of infections, hospitalizations, ICU beds or deaths, we will have to apply that (a confinement). It is an extreme measure, but we have to save lives ”.

“We save it for last because we know that many Peruvians have to earn a living every day, so the set of measures that we are proposing is adjusted to the conditions that prevail in each of the countries,” insisted the head of State.

Moments before, the president had shown a series of graphs that indicated the different levels of alert: moderate, high, very high and extreme. The latter, he noted, has not yet been achieved in any part of the country.

The regions that are at a moderate alert level are: Loreto, Amazonas, San Martín, Ucayali, Huancavelica and Ayacucho.

Alicia Abanto, deputy for the State Administration of the Ombudsman’s Office, warned that at this time the occupation of intensive care beds reaches 99% in Lima and Callao due to the increase in serious cases of coronavirus (COVID-19).

“The figures we handle are in red and today we are at 99% occupancy of ICU beds with ventilators for adults in Metropolitan Lima and Callao. We have data that, unfortunately, many patients have died on the waiting list for an ICU bed, “he said.

In this line, he recalled that in the Villa Mongrut de Essalud there are 37 patients with a serious picture of coronavirus who are waiting to be assigned an ICU bed.

Yesterday the Ombudsman’s Office reported on its social networks that there were six ICU beds available, however, Abanto pointed out that until this Tuesday there are 16 units available, of which five are in private clinics, two in Essalud, and nine in the Ministry of Health.

Along these lines, he urged the Minsa and Sussalud to improve their registration and communication system of the number and location of available beds in order to facilitate the transfer of seriously ill patients.

“Based on this transparency, the health authority also has to explain in all cases and what is the prioritization criterion (…) without transparency and honesty in these cases it will not be clear in which cities there is a longer waiting list and how support systems could exist among health service providers ”, he stated.

As reported by the COVID-19 Situation Room of the Ministry of Health, there are 210 intensive care units available for patients with this disease throughout the country.

Hospital will be enabled to attend Covid-19 in the GAM

In Madrid, explosion collapses building facade; there are 3 dead