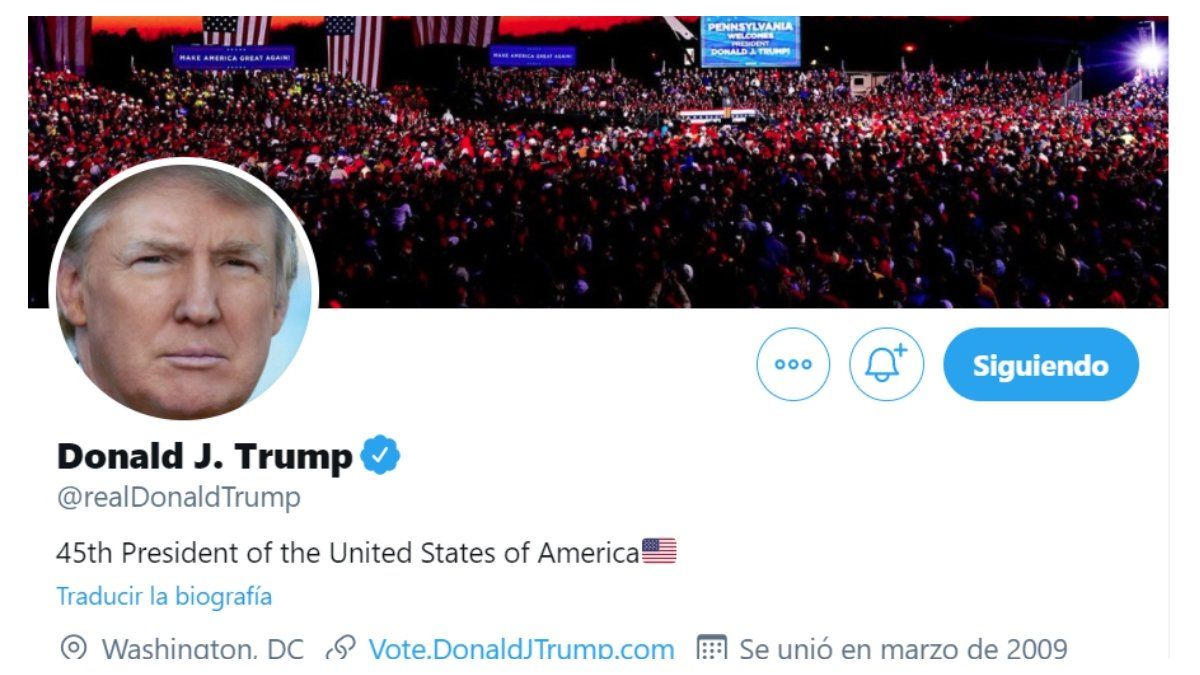 Twitter last week removed Trump’s account, which had 88 million followers, based on the risk of further violence following the assault on the Capitol by Trump supporters.

“Having to take these actions fragments the public conversation”Dorsey wrote on Twitter. “They divide us. They limit the potential for clarification, redemption and learning. And they set a precedent that I consider dangerous: the power that an individual or corporation has over a part of the global public conversation.”.

The expulsion drew criticism from some Republicans who said it stifled the president’s right to free speech. The German Chancellor, Angela Merkel, warned through a spokesman that legislators, not private companies, should decide on possible restrictions on freedom of expression.

In his Twitter thread, Dorsey maintained that while he did not take pride in the ban, “the offline harm as a result of online speech is demonstrably real.”

Still, he added, “While there are clear and obvious exceptions, I believe that a ban is our ultimate failure to promote healthy conversation.”.

Twitter has introduced a series of measures over the last year, such as labels, warnings and distribution restrictions to reduce the need to make decisions about the total removal of content from the service.

PHOTOS: What is the “COVID language”? Epidemiologist Alerts to Little-Known Symptom of Disease

They are looking for caregivers for an island paradise and with all payment: look at the requirements

The Irish island of Great Blasket, or An Blascaod Mór in Gaelic, is the main of the six that make up the Blaskets Islands,...
Read more
World

Presidents with the Most Pardons and Commutations in US History | Video

The health authorities of Norway sought to allay safety concerns raised by the death of some elderly patients after they were vaccinated against COVID-19,...
Read more
World

Sven and Lennart de Jong are two Dutch cousins ​​who when they were little used to play in an old water tower in the...
Read more
World

Countdown to the most tense and militarized inauguration in US history

Portaltic.-Google Maps already shows the price of gasoline in Spain

PHOTOS: What is the “COVID language”? Epidemiologist Alerts to Little-Known Symptom of Disease

“People will not die of coronavirus, they will starve because of the Government”