Sport Boys: pink club announced six positive cases of COVID-19 prior to the start of the preseason | League 1 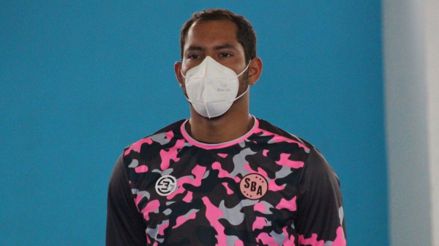 Sport Boys is one of the clubs in the League 1 that has been best reinforced for the 2021 season of Peruvian football. In the pink store they are about to start a demanding preseason, although this Thursday the Callao entity is the protagonist and not necessarily because of a new arrival.

And is that Sport Boys, through its official social accounts, announced that six of its members (including players, technical command and others) have given positive to COVID-19 tests.

“Our fans, contributors and the general public are informed that, in compliance with the FPF biosecurity protocols, prior to the start of the preseason, tests have been carried out resulting in six positive cases of coronavirus“is what you mention Sport Boys via Twitter.

Sport Boys and their positives for coronavirus

In the ‘Missile’ they indicate that the professional staff, technical command and auxiliary are included. “We inform that the people in question will be subjected to a molecular counter test to rule out any infection. Likewise, they will be given the respective follow-up by our medical staff,” they maintain.

Finally, in Sport Boys They add that “tomorrow (Friday) practice will be resumed on a regular basis at the Claretian College of San Miguel.”

Players such as Carlos Cabello, Renzo Revoredo, Jeremy Rostaing, Patricio Álvarez and Fernei Ibargüen have arrived at the pink club for this League 1 2021. The goal is to get a place in an international tournament at the end of the season.