Home USA Ecopetrol signed a contract for its fracking pilot and this will be...
USA 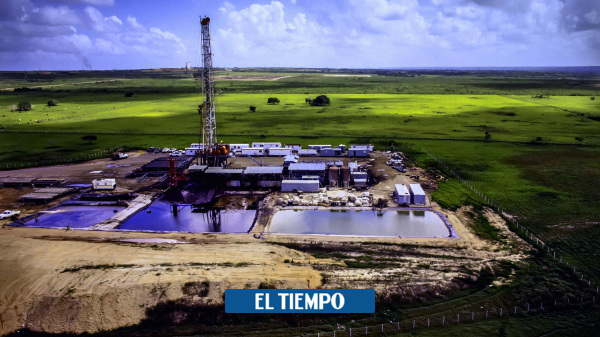 The #National #Hydrocarbons #Agency (ANH) and the state majority oil company #Ecopetrol, signed on #December 24 the special contract for the execution of the pilot project for comprehensive research #Kalé, in the jurisdiction of #Puerto #Wilches (#Santander), which through the multistage horizontal fracturing technique, known as fracking, which is scheduled to be developed for the second semester of 2021, once the environmental license and all the authorizations of the case are in place.

#According to the document, the project, which will be located in a block that covers an area of ​​455.9 hectares, will have total investments of 76.7 million dollars, a figure that is equivalent to approximately 268,000 million pesos.

#You may be interested in: They approve that #Shell is partner of #Ecopetrol in three blocks in the sea

#Of this sum, 57 percent, that is to say a little more than 44 million dollars, will be allocated to drilling activities that include technical studies carried out from the date of signing the contract, the adaptation of access roads, the construction of the easement location, the execution of environmental management programs, the implementation of the citizen participation office, the activities
of drilling as such (horizontal well and injector well) and operational viability.

The second item with the most investment in the pilot, an activity that will be carried out in accordance with the jurisprudence of the #State #Council, corresponds to the completion phase, to which 19.7 million dollars will be allocated and which includes stimulation and fracturing. multi-stage hydraulic system in horizontal well, the completeness, which also includes the horizontal well and the injection well) and the operational feasibility.

#Another 12.5 million dollars will be invested in the characterization and dimensioning of the reservoir, and includes facilities for handling fluids, while for the phase of abandonment and dismantling of the area, 351,949 dollars will be used.

The contract signed between the ANH and #Ecopetrol highlights, among others, that the oil company, as a contractor and under the commitment to transparency that the research pilot must have, must contribute to the financing of the #Transparency #Center and pay the ANH the amount that results from dividing 50 percent of the monthly operating cost of this center, by the number of pilot contracts signed by the ANH and estimated that will be four.

His immediate goal is to make up lost ground when Americans return to the polls in November 2022 for the midterm elections.To achieve that...
Read more
USA

On the same day of the inauguration of Biden a lucky man took the more than 730 million of the Powerball | Univision...

United States: Trump extended security for his children with the secret service – US and Canada – International

Donald Trump left office as president this Wednesday, but beforehand he used his last minutes in power to sign a memorandum that extends the...
Read more
USA

Vaccine tourism in the United States: the new investment of those who have time and money

Lines for vaccination in Fort Myers, Florida (Reuters)Americans traveled again, although not all travel is for business or leisure. Many embarked on...
Read more
USA

Tucson - Despite the executive order signed this Wednesday by the president, Joe Biden, which orders the suspension of the construction of the border...
Read more

Ricky Martin changed his look and left everyone impressed

LVBP: Draft of Additions for the Final Series