Home Covid-19 In the United States the pandemic 'is out of control' acknowledges Dr....
Covid-19

In the United States the pandemic ‘is out of control’ acknowledges Dr. Anthony Fauci 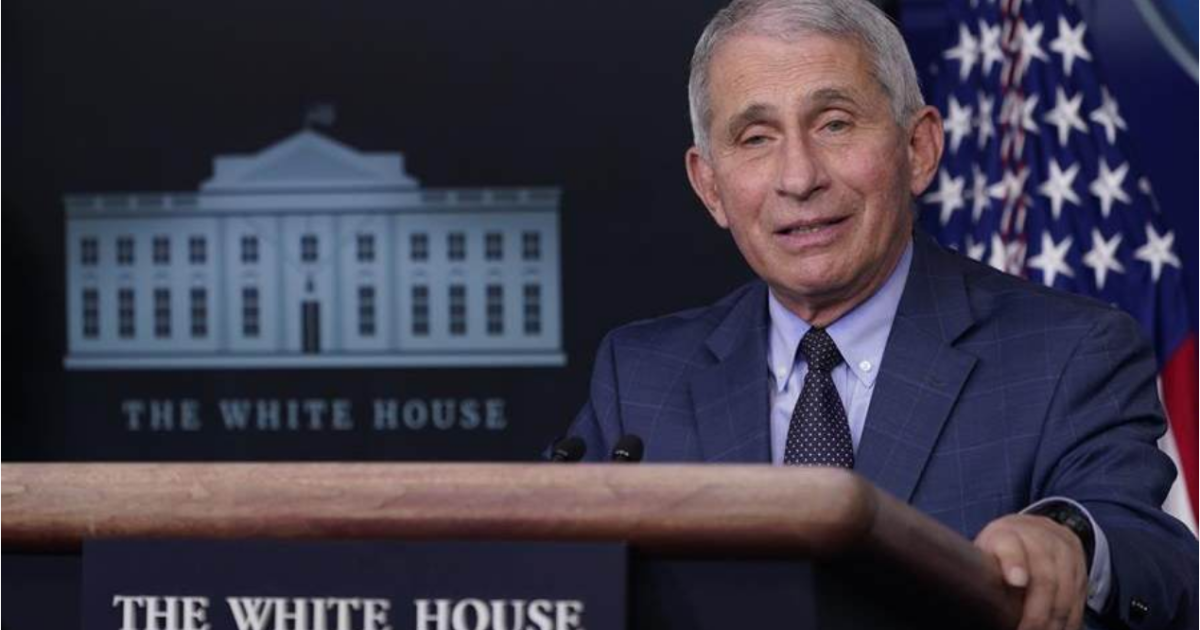 The main epidemiologist of the #White #House, #Anthony #Fauci, acknowledged on #Tuesday that the pandemic is out of control in the #United #States, which is registering record numbers of hospitalizations.

“#We’re on a rebound, as we call it, #Jim, who is, you know, out of control in many ways,” #Fauci said in an interview with CNN television.

#He added that the US is in a “very difficult” situation, having never had a low reference point, in terms of contagions, “where community expansion can be controlled through identification, isolation and follow-up of contacts ”.

#For that reason, he expressed concern that there will be an increase in cases in #January, which could be worse than in #December, when the country has seen unprecedented daily increases in cases.

“I think we have to assume it’s going to get worse, you know, we are between 100,000-200,000 infections a day. There was a period in the worst part of #December, when it was above 200,000, which I hope we will not reach again because it makes us stagger: you have cases, you have hospitalizations and, consequently, deaths, “he said.

#Against this backdrop, #Fauci, who has been chosen by US #President-elect #Joe #Biden to be his chief medical adviser, recommended continuing to practice “the simple things” that have been being done.

“In this season, apart from travel, which is now too late, because we are in the middle of the #Christmas and #New #Year holidays, people are going to travel or have already traveled. #We are trying to make people travel less, and for those who have already done so, what you have to do is not get together in large groups of people, just the immediate family, “he said.

#And he warned that when you have a large group of people dining indoors and with little ventilation, “that’s when you get into trouble.”

The #United #States is the country in the world most affected by the pandemic with more than 19.3 million detected cases of covid-19 and more than 335,000 deaths, according to data from #Johns #Hopkins #University.

#According to the #Covid #Tracking #Project, the US on #Monday recorded the record of hospitalizations since the start of the pandemic, with 121,235 patients admitted for the disease, of which 22,592 are in intensive care units.

Restrictions, data and vaccine, latest news from the Covid live

Coronavirus.- Colombia is close to 50,000 deaths from COVID-19 after adding almost 400 in the last day

The defense minister remains sedated but stable after his positive, according to the authorities MADRID, 20 One. (EUROPA...
Read more
Covid-19

Coronavirus.- Russia confirms about 600 deaths during the last day and exceeds the threshold of 67,000 deaths

MADRID, 20 (EUROPA PRESS)The Russian authorities have confirmed this Wednesday about 600 deaths from coronavirus during the last day, with which the country exceeds...
Read more
Covid-19

A new study shows that the human body maintains resistance to Covid-19 and its mutations for up to six months...
Read more

The best makeup remover and moisturizer with coconut oil

Trump, proud to be “the first president” without “new wars”