Billie Eilish trolls ‘babies’ who were offended by a doodle 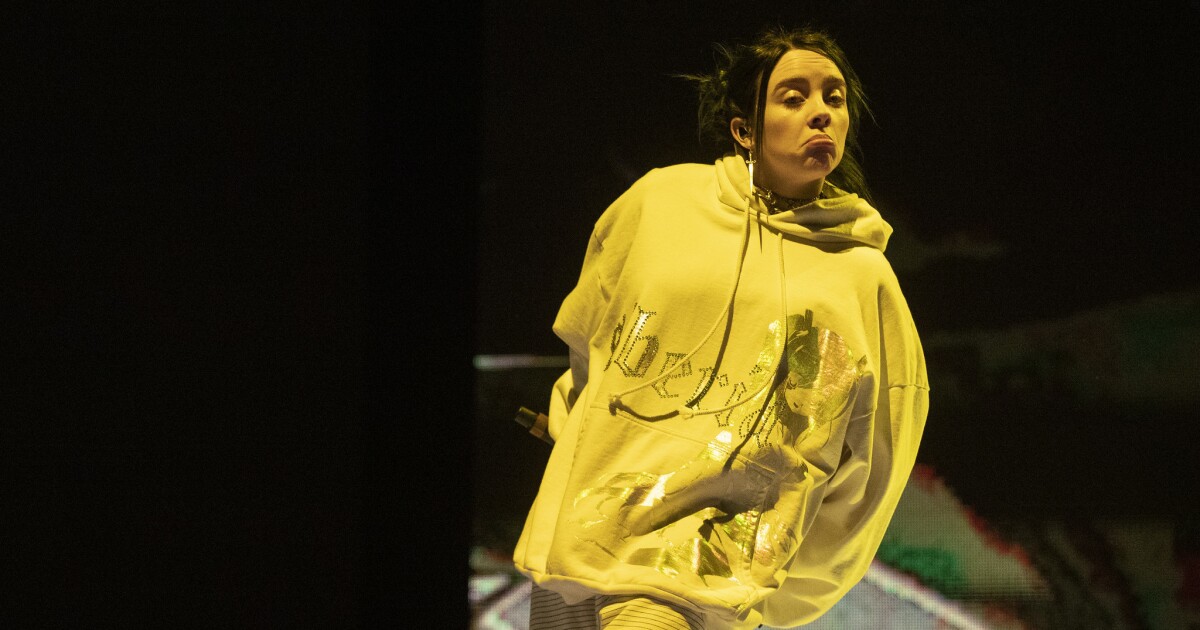 #Billie #Eilish, the anti-pop star who can seemingly do no wrong, potentially did so in the eyes of #Instagram fans — and she called them “babies” for it.

The “Therefore I #Am” and “Bad #Guy” singer seemed to shed up to 100,000 followers this week, a dip that coincided with her participation in the viral “post a picture of [something]” trend that’s making the rounds in #Instagram #Stories.

The 19-year-old performer deigned to share images of her cellphone’s lock screen and a drawing she was proud of, the latter of which featured serpentine bondage as well as bare breasts and backsides of the #Rubenesque variety. #She captioned it “these probably lol I love boobs.”

#Later, when a fan jokingly pointed out that she lost followers because of it, she didn’t mince words, laughing it off and dismissing them as “babies.”

#In the grand scheme of things, the ebb took the #Grammy #Award winner from 73 million followers to about 72.9 million. #And the discrepancy appeared to be resolved by #Wednesday, when she was back up to 73.1 million followers on the platform. #It’s unclear if the decline was related to the image or simply a normal fluctuation in #Eilish’s popular public profile. The dip might have been only a handful of unfollowers on the numerical bubble between millions that altered the rounded-off total in her follower count.

#But the fact that #Eilish responded makes the flap more interesting. #It’s not the first time the whisper-soft singer, an iconoclastic performer who unapologetically breaks with the tropes of pop stardom, has addressed the public’s fixation on her body. #She blasted it in a short film about body image last #May after being trolled for wearing baggy clothing. #Gradually disrobing in the film, #Eilish clapped back at body shamers and unwelcome opinions — not unlike her terse response to her NSFW doodle this week.

“Do you know me? #Really know me?” she said in the film. “You have opinions about my opinions, about my music, about my clothes, about my body …. #But I feel you watching. #Always. #And nothing I do goes unseen. #So while I feel your stares, your disapproval, your sigh of relief, if I lived by them, I’d never be able to move.”

#As the picture-sharing game continued on #Instagram #Stories this week, #Eilish shared behind-the-scenes photos of her fried, color-treated hair, then joked that she wouldn’t put out her highly anticipated sophomore album if fans kept making fun of it.

“I’m … making you an album. I will not put it out if you keep making fun of my hair! #Shut up!” she teased, also noting her signature neon green hair would be changing in her #Apple TV+ documentary, “Billie #Eilish: The #World’s a #Little #Blurry,” due in #February.