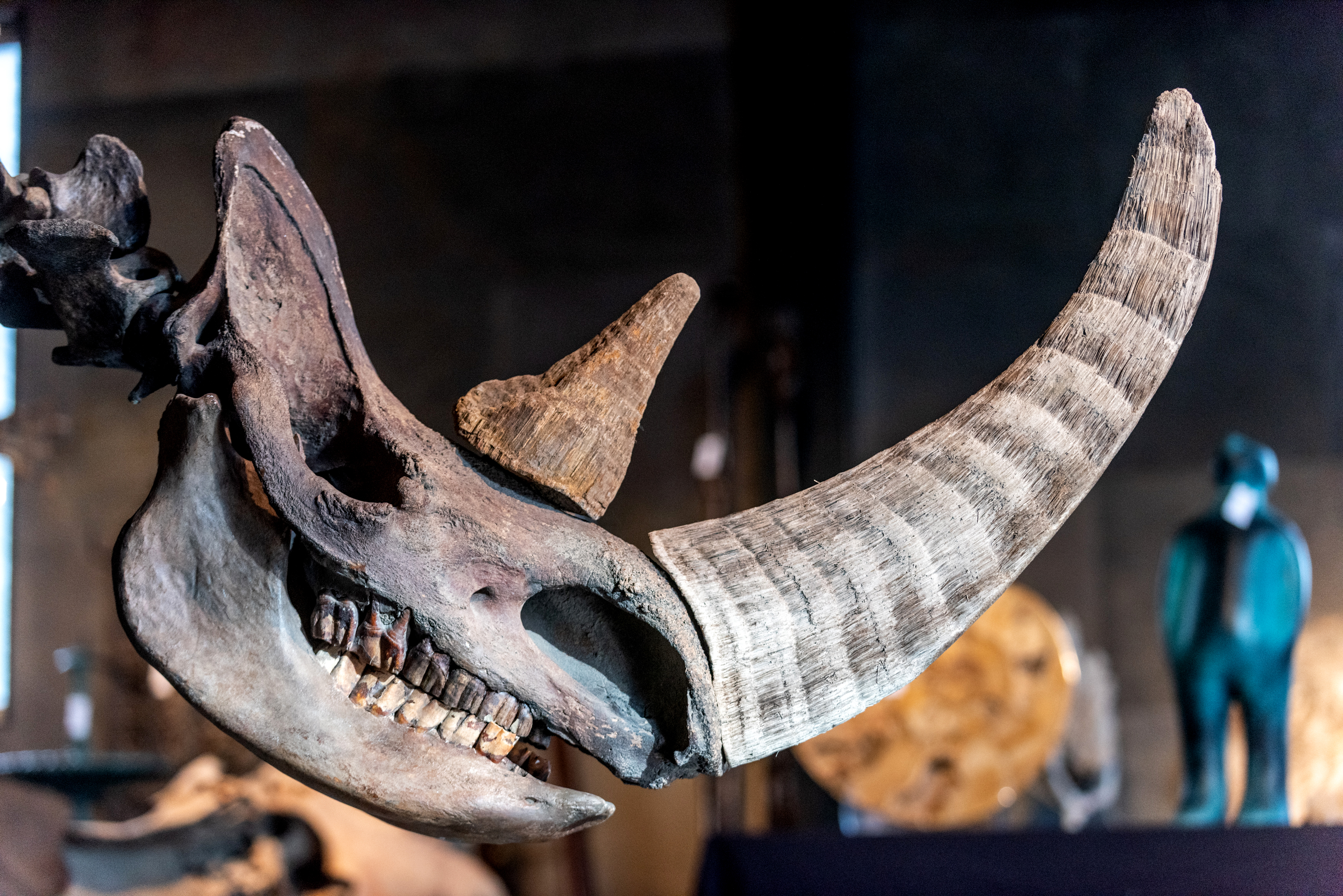 A woolly rhinoceros was found in remarkable condition in #Russia, giving scientists further evidence for investigating the ice age.

#University of #Manchester professor of geography #Jamie #Woodward shared a tweet about the discovery on #Tuesday evening. #Woodward also included pictures of the creature. “#Another extinct ice age beast exhumed from the permafrost,” he wrote. “#Exceptionally well-preserved carcass of a juvenile woolly rhinoceros discovered in #Yakutia. #Its internal organs and stomach contents await investigation.”

#According to the #Siberian #Times, the rhino was found in #August by local resident #Alexei #Savvin along the river #Tirekhtyakh in permafrost deposits, which is located in the #Republic of #Sakha in northeast #Russia. The discovery site isn’t far from where #Sasha, another baby woolly rhino, was found in 2014.

#Many of the 2020 discovery’s internal organs, including its teeth, part of the intestines, a lump of fat and tissues, have remarkably been preserved for tens of thousands of years.

#It’s estimated that the rhino was about three or four years old when it died. “The gender of the animal is still unknown. #We are waiting for the radiocarbon analyses to define when it lived, the most likely range of dates is between 20,000 and 50,000 years ago. The rhino has a very thick short underfur, very likely it died in summer,” #Valery #Plotnikov of the #Academy of #Sciences told the publication, who visited the discovery site. #Plotknikov also noted that it’s likely the rhino died by drowning.

The animal’s body is roughly 80 percent intact, which could help scientists learn more about how the species lived. The gender of the carcass has yet to be identified, but there was a horn found nearby the discovery site, as per The #Sun.

The #Sun also noted that the woolly rhino is currently being preserved in a glacier before it’s relocated to #Yakutsk, where it will be studied by scientists.

#Earlier this year, fossilized woolly mammoth feces were discovered by a skeleton of the creature in #Russian #Siberia. The folks who made this discovery are hopeful that by examining the creature’s excrement, they can find out more about what the woolly mammoth once ate.

These types of discoveries have become increasingly common in the past few years, as the permafrost (the permanently frozen top layer of soil, which is controlled by the climate) begins to defrost. #Newsweek previously reported that scientists believe that the thaw has potential to impact #Arctic regions in the #Northern #Hemisphere by 2050.

#One study suggested that permafrost can be preserved until 2100 if horses, bison and other large herbivores populate the areas. #If these grazing animals stomp onto the snow with their powerful hooves, they can compress the snow-covered ground.