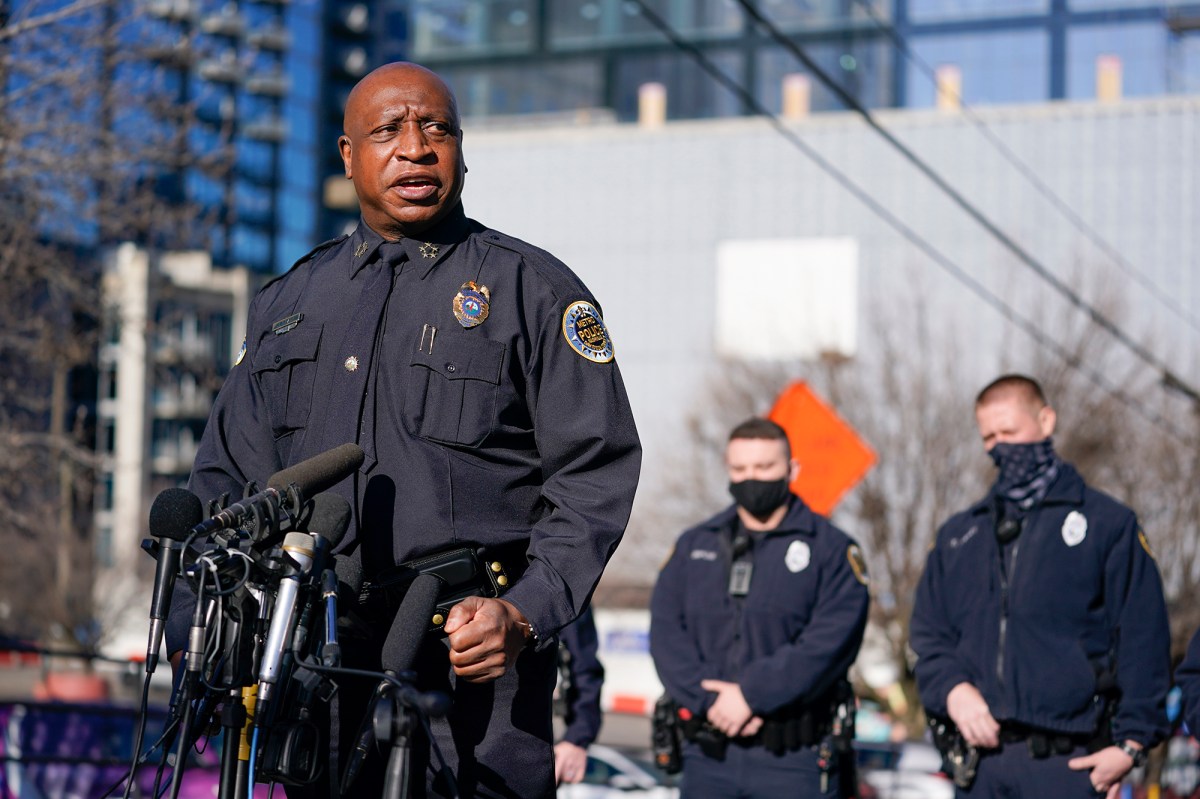 #Nashville police on #Wednesday defended their failure to follow up on a 2019 tip that RV bomber #Anthony #Warner was making explosives, saying cops had no “probable cause” to pursue the case.

#Police #Chief #John #Drake said at a briefing that cops returned to the house several times after the #August 2019 complaint from #Warner’s then-girlfriend — but never talked to him and the case went dark.

“The officers went by for at least, maybe longer than a week or so and they knocked on the door,” #Drake said at the briefing, streamed by WKRN-TV. “They went by, drove several times.”

“You had no reasonable suspicion to go to a judge,” #Drake said. “They could have but it would’ve been denied.”

“Officers did not take this lightly,” he said. “They went back, the knocked on the door. They went several times, they followed up with the hazardous devices team.”

“I believe the officers did everything they could legally,” the chief added. I mean, we could’ve followed up more. #Hindsight is 20-20.”

#Sixteen months later, #Warner detonated a bomb inside his RV outside an AT&T facility on #Christmas morning, killing himself, injuring three people, damaging 41 buildings, and knocking out communications through large swaths of the #Southeast.

#Police said after the blast that #Warner had not been on their radar.

The #Metropolitan #Nashville #Police #Department acknowledged this week that #Warner’s girlfriend and her lawyer told cops on #Aug. 21, 2019, that #Warner “was building bombs in the RV trailer at his resident,” The #Tennessean said in a report.

The woman’s lawyer also told police that #Warner “frequently talks about the military and bomb-making,” and “knows what he is doing and is capable of making a bomb.”

#In addition to following up themselves, #Drake said his department notified the FBI and other federal authorities, but there were no reports on #Warner.

The chief said #Wednesday that there were never reports that #Warner had a history of violence, and said he only had a marijuana charge in 1978 on his record.

“And since then he was squeaky clean,” #Drake said.

#He said police are still trying together details surrounding the 2019 tip, and said he has not yet even determined if that investigation was closed or remains open.

Republican Rep Says $ 1,400 Stimulus Should Go To Those Who Get Vaccinated

Ohio Republican Rep. Steve Stivers, who has publicly declined to approve a check for an additional $ 1,400 to complete the $ 2,000 President...
Read more
USA

The government of Mexico, through the Ministries of the Interior and Foreign Relations, in addition to the National Institute of Migration, began conversations with...
Read more
USA

The US maintains face-to-face exams despite pressure from students

The University of Seville maintains for the moment the face-to-face exams, which have already begun in some faculties. Despite the pressure from the...
Read more
USA

Trump’s impeachment trial will begin the second week of February

Washington - The second political trial against the former president Donald Trump for "inciting insurrection" with the assault on the Capitol will formally begin...
Read more
USA

Congress prepares a plan with checks of up to $ 3,600 to families with children within the Biden stimulus package

A group of Democratic lawmakers is preparing a bill to comply with President Joe Biden's proposal to expand tax breaks for children under 18,...
Read more
USA