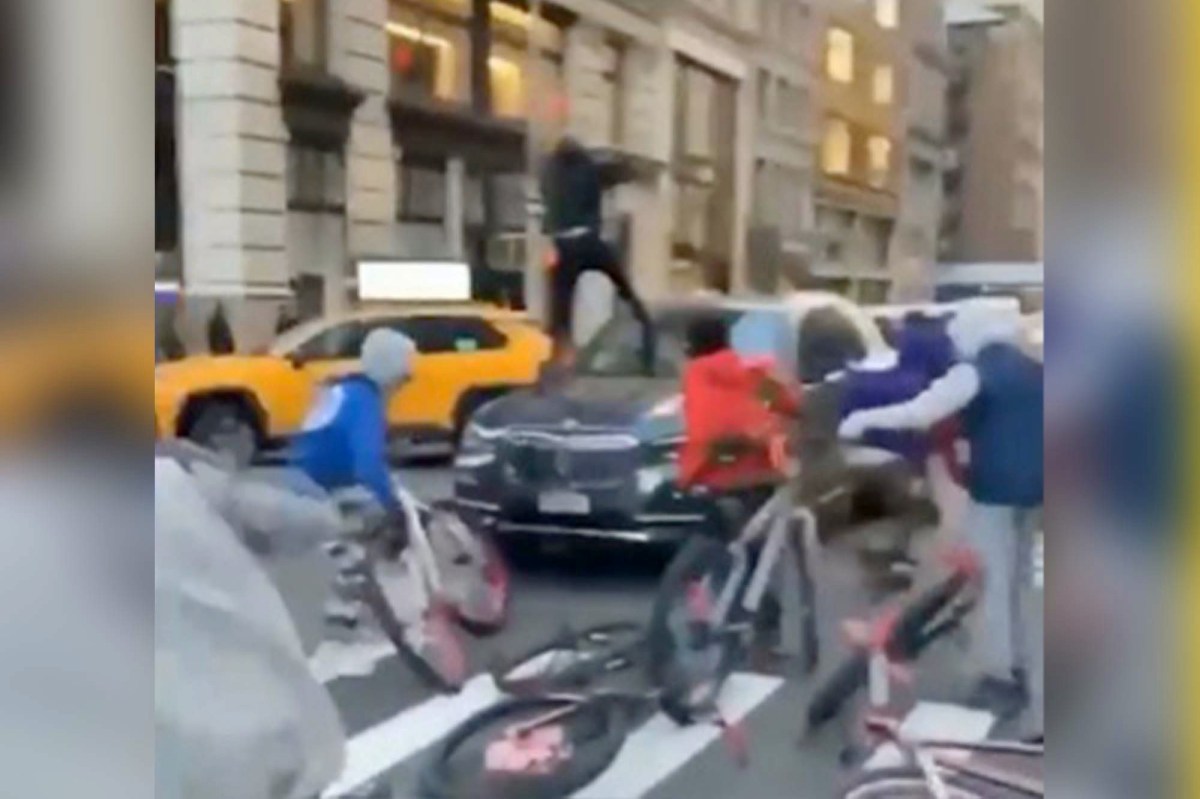 A 15-year-old boy has been arrested in connection with the wild #Tuesday attack of a BMW driver whose posh car was vandalized by a bicycle gang in broad daylight in #Manhattan, the #Post has learned.

The teen from #Queens — whose not being identified because he’s a minor — is being charged as a juvenile after allegedly attacking victim #Max #Torgovnick’s luxury ride on #Fifth #Avenue, law enforcement sources said #Wednesday.

The sources said approximately 25 bikers were involved, six of which damaged #Torgovnick’s car. #Police have also identified another teen and are searching for him, the sources added.

#Torgovnick told the #Post #Wednesday he and his mother, who is in her 70s, had just dropped off a donation at a nonprofit organization and were heading to his father’s neurology office when they ran into around 50 teen bikers #Tuesday afternoon.

#Video of the harrowing attack shows the bikers surrounding the BMW at #Fifth #Avenue and 21st #Street, with some pounding the vehicle with their fists and feet, and another smashing a bike on #Torgovnick’s front window.

#One of the attackers then ran against the car and vaulted on top of the hood, causing the windshield to crack and partially cave in, video shows.

“At that point, I was afraid that they were going to break the window, get in the car, reach in, and pull us out,” #Torgovnick recalled.

#His mother was frantically dialing 911 while screaming, “‘We’re going to die, they’re going to kill us,’” #Torgovnick said.