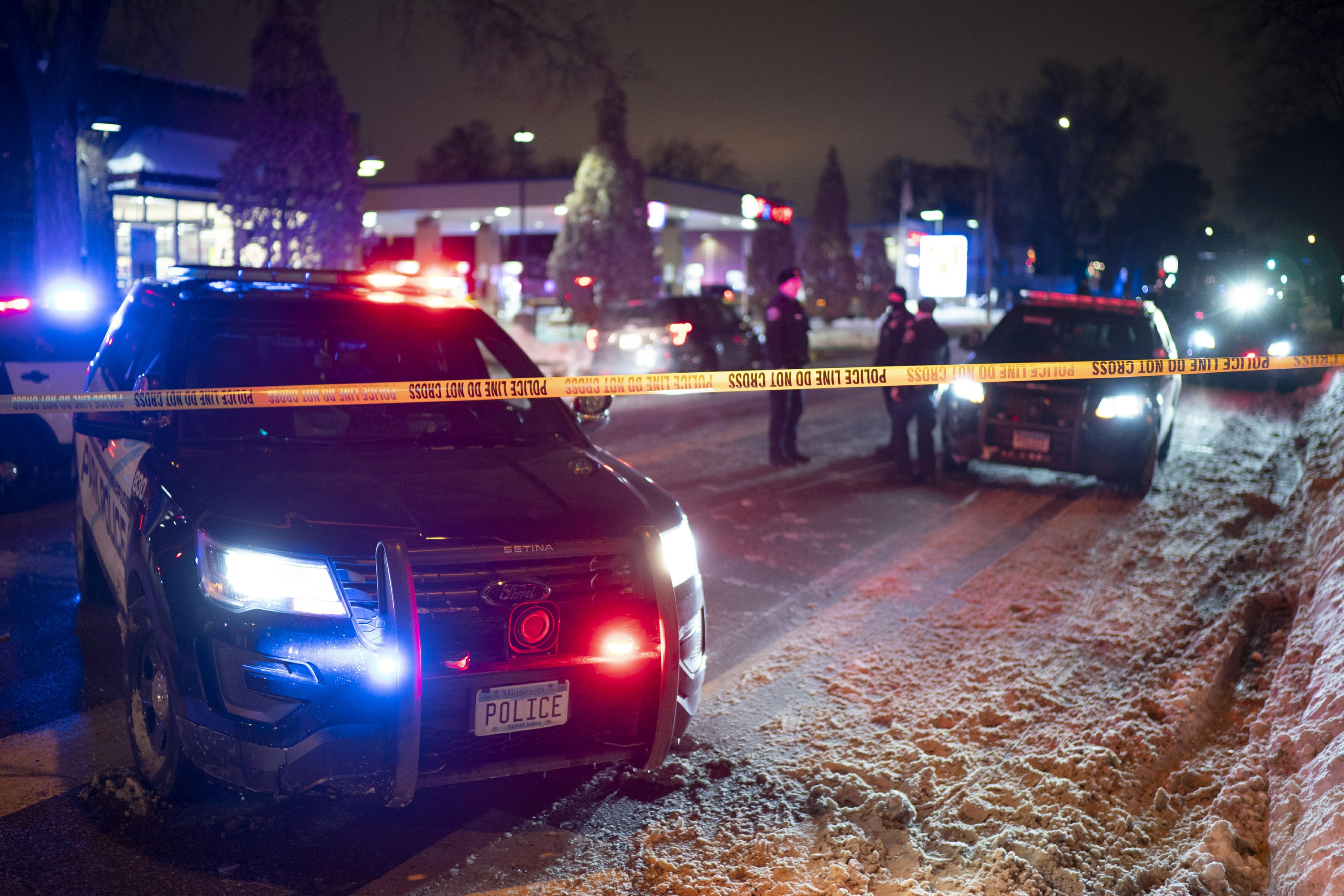 MINNEAPOLIS (AP) — #Police in #Minneapolis said they would release body camera video on #Thursday from a traffic stop that ended with a man shot dead, the city’s first police-involved death since #George #Floyd died while being restrained by officers in #May.

#Police said the man was a suspect in a felony and that he died in an exchange of gunfire #Wednesday on the city’s south side. #Chief #Medaria #Arradondo said witnesses said the man fired first. #He said the officers’ body cameras were turned on and promised to release the video on #Thursday, even as a state-led investigation proceeds.

The shooting stirred anxiety about renewed protests, seven months after unrest following #Floyd’s death. The latest shooting happened about a mile from where #Floyd died while being restrained by officers.

“I want our communities to see that so they can see for themselves,” he said. #Until then, #Arradondo said, “Please allow me, the (state) investigators, allow us the time, let us get the evidence, get the facts, so we can process this.”

#Police spokesman #John #Elder said the incident happened about 6:15 p.m. at a #Holiday gas station as officers were carrying out a traffic stop. #Police did not provide details of the supposed felony nor release any information about the man, including his race. 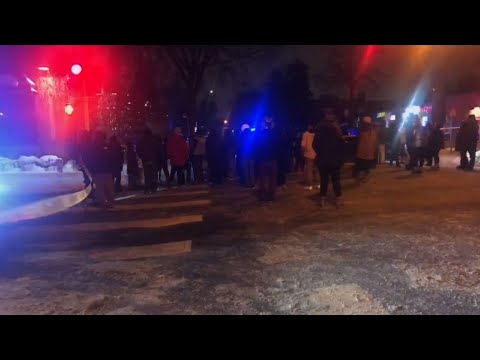 #Elder said medical personnel pronounced the man dead at the scene. A woman in the car was unhurt, #Elder said. #He declined to say whether police recovered a gun at the site of the shooting.

#Elder said no officers were hurt. #He said he didn’t know how many officers were at the scene carrying out the traffic stop or how many were involved in the shooting.

The state’s #Bureau of #Criminal #Apprehension is handling an investigation.

#Dozens of people gathered at the scene in the hours after the shooting, including some who interrupted #Elder and sharply questioned him as he delivered a media briefing.

#Arradondo said the traffic stop was carried out by members of a police community response team — longstanding units that respond to situations such as drug investigations and gun crime. #He said he did not have additional details on why the man was sought.

The shooting happened less than a mile (1.6 kilometers) from the street corner where #Floyd, a #Black man, died in #May after a #Minneapolis officer pressed his knee on #Floyd’s neck for minutes, even as #Floyd pleaded that he couldn’t breathe. #Floyd’s death sparked days of sometimes violent protest that spread around the country and resonated worldwide.

#In #Minneapolis, #Floyd’s death also led to a push for radical change in the police department, long criticized by activists for what they called a brutal culture that resisted change. A push by some #City #Council members to replace the department with a new public safety unit failed this summer.

#Mayor #Jacob #Frey and #Arradondo, who opposed doing away with the department, have offered several policy changes since #Floyd’s death, including revising use-of-force policies and requiring officers to report on their attempts to de-escalate situations. #Just this week, the chief and mayor unveiled a new plan to involve the city attorney’s office more quickly in investigations of officers accused of misconduct.

#Frey said in a statement late #Wednesday that he was working with #Arradondo for information on the shooting, and pledged to get it out as quickly as possible in coordination with the state investigation.

“Events of this past year have marked some of the darkest days in our city,” #Frey said. “We know a life has been cut short and that trust between communities of color and law enforcement is fragile. … #We must all be committed to getting the facts, pursuing justice, and keeping the peace.”

#All four officers involved in #Floyd’s death were fired and quickly charged in his death. They are scheduled for trial in #March.