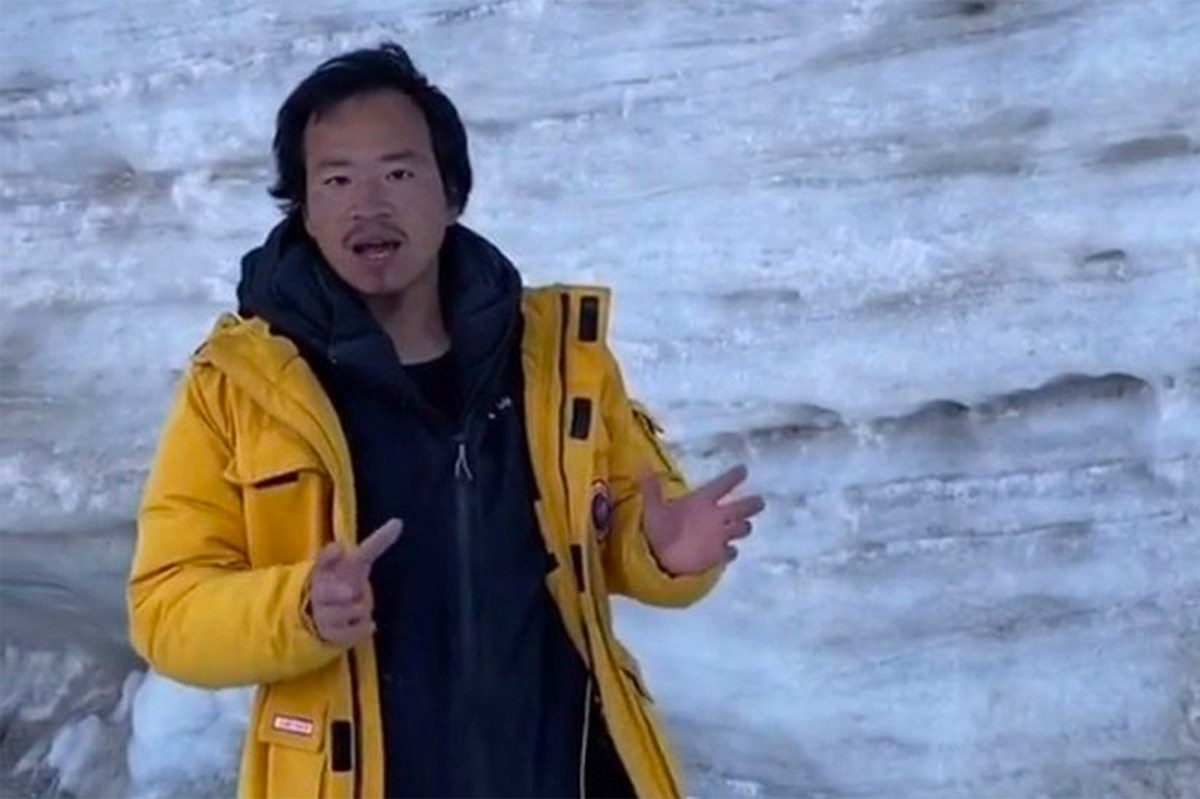 A #Chinese influencer known as “Glacier #Bro” is presumed dead after he was last seen on video losing his balance near icy waters in #Tibet.

#Wang #Xiangjun — who gained an online following by posting videos of visiting glaciers — was exploring a waterfall when he disappeared #Dec. 20 in #Lhari #County in northern #Tibet, BBC reported.

#Footage posted on #Chinese social media platforms showed the 30-year-old slip near the base of the waterfall into the quick-flowing, frigid waters, the outlet reported.

#Local authorities said they launched search efforts, but haven’t been able to find him.

#One local official involved in the efforts, however, said it was “almost impossible” that the influencer was able to survive.

#His brother posted a statement to #Wang’s social media accounts confirming his death, the #Independent reported.

“My brother lies forever in his favorite waterfall,” the message said.

“He was obsessed with glaciers all his life while dedicating himself to them, and this was the best place for him to rest,” it continued.