Care in Mexican federal hospitals will be free from Tuesday 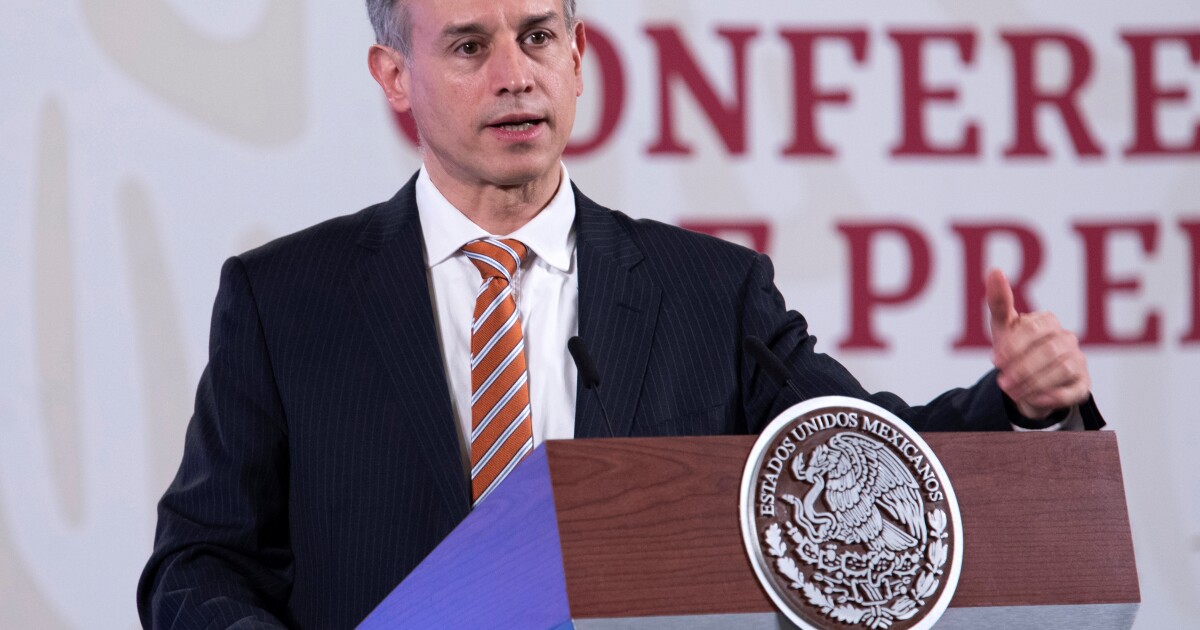 Medical care in Mexican federal hospitals will be free as of this Tuesday, December 1 for the entire population, including those without any type of medical insurance, the Undersecretary of Health, Hugo López-Gatell, reported on Monday.

“Today was published in the Official Gazette of the Federation (DOF) an agreement of the Secretary of Health, our boss, Dr. Jorge Alcocer Varela, which establishes that health services provided by federal institutions for uninsured people are free”, confirmed the undersecretary when giving the daily report of the covid-19 from the National Palace.

The free care was a commitment by the President of Mexico, Andrés Manuel López Obrador, for December 1, 2020, an idea that continued to be worked on “over the months and despite the covid,” López-Gatell pointed out.

“This is part of an approach that was made before this government began, which was made by President López Obrador himself, that our goal, our aspiration is to have free health services and medicines,” he said.

The undersecretary, who clarified that medical services in federal institutions were already free “for insured persons”, accepted that care “is paid with the taxes of all taxpayers”, but that there will no longer be a service charge.

The population without social security, which is more than 50%, had to pay recovery fees until Monday for attending public institutions.

“The details of the costs and the administrative implications of removing the fees were analyzed and it was verified that the recovery that federal hospitals have, including the National Institutes of Health, is a relatively minor recovery and instead for the person who uses services can be a very important barrier to access ”, clarified López-Gatell.

“If for the finances of the hospital it is not an important advantage and instead for people it is an important disadvantage, why have fees,” he said.

The undersecretary clarified that the new norm must be modified in the future, since it does not eliminate the recovery fees but rather transforms them into a cost of zero pesos.

In addition, he acknowledged that in hospitals that depend on the state executive, this new rule does not apply, but revealed that the Government of Mexico “wants those 32 governments to also stop charging, that there are no fees.”

López Obrador undertook a change in the health system on January 1, establishing the Health Institute for Well-being (Insabi) conceived in order to provide free medical care to those who did not have any type of social security, despite the fact that its commissioning has been widely discussed.

Americans returning home after Thanksgiving learned of new measures against COVID-19 across the Union. Public health officials are preparing for a worsening of...
Read more
Covid-19

Food, the greatest risk of the coronavirus that is not talked about – In Spanish – Hoy Chicago

Food, the greatest risk of the coronavirus that is not talked about - In SpanishToday Chicago Source link https://www.chicagotribune.com/espanol/coronavirus/sns-es-alimentacion-mayor-riesgo-coronavirus-no-se-habla-20201201-yn5fee4lnbdm7gbgyrfokusabm-story.html
Read more
Covid-19

Former Ugly Duckling unleashed her fury on haters In social networks, users can express their opinions freely. However, some people take the...
Read more

Americans returning home after Thanksgiving learned of new measures against COVID-19 across the Union. Public health officials are preparing for a worsening of...
Read more

Who will get vaccinated first in the United States?