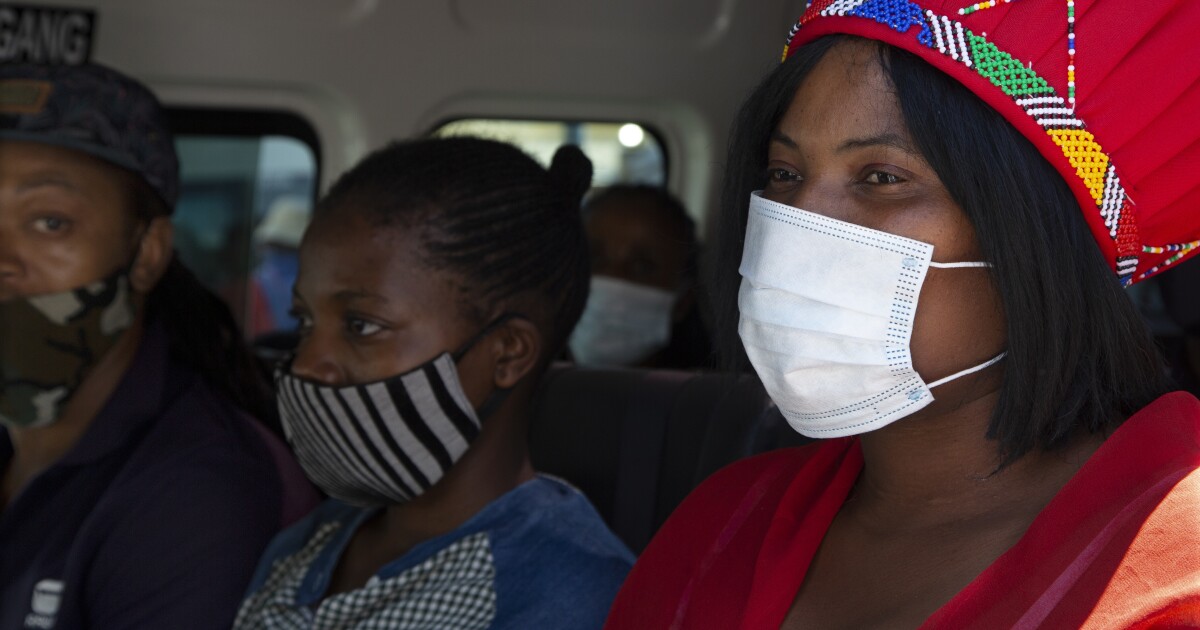 It is the nation’s first announcement about the purchase of a coronavirus vaccine, and it comes after records of 21,832 new cases and 844 deaths were recorded on Wednesday.

The health minister said the first million doses will be delivered this month by the Serum Institute of India, followed by 500,000 doses in February.

Some South African hospitals are at full capacity. The rapid rise in infections in recent weeks has been driven by a new and more contagious variant of the virus, experts say.

There have been in total more than 31,368 confirmed cases in the country.

Twitter labeled this Friday as “potentially harmful " for its "misleading information" a publication uploaded by the Brazilian president, Jair Bolsonaro, in which...
Read more
Covid-19

Coronavirus.- Mexico registers a new record of daily cases of coronavirus with more than 21,300 infections

Mexico mourns the pandemic: 21 thousand infected in one day

Mexico adds in the cut of this January 15 139,022 deaths from Covid-19, with one million 609 thousand cases of confirmed infections of coronavirus,...
Read more
Covid-19

To overcome skepticism, they prioritize influencers to get vaccinated against Covid-19

Naphtha: at midnight YPF increased by 3.5% gasoline and diesel