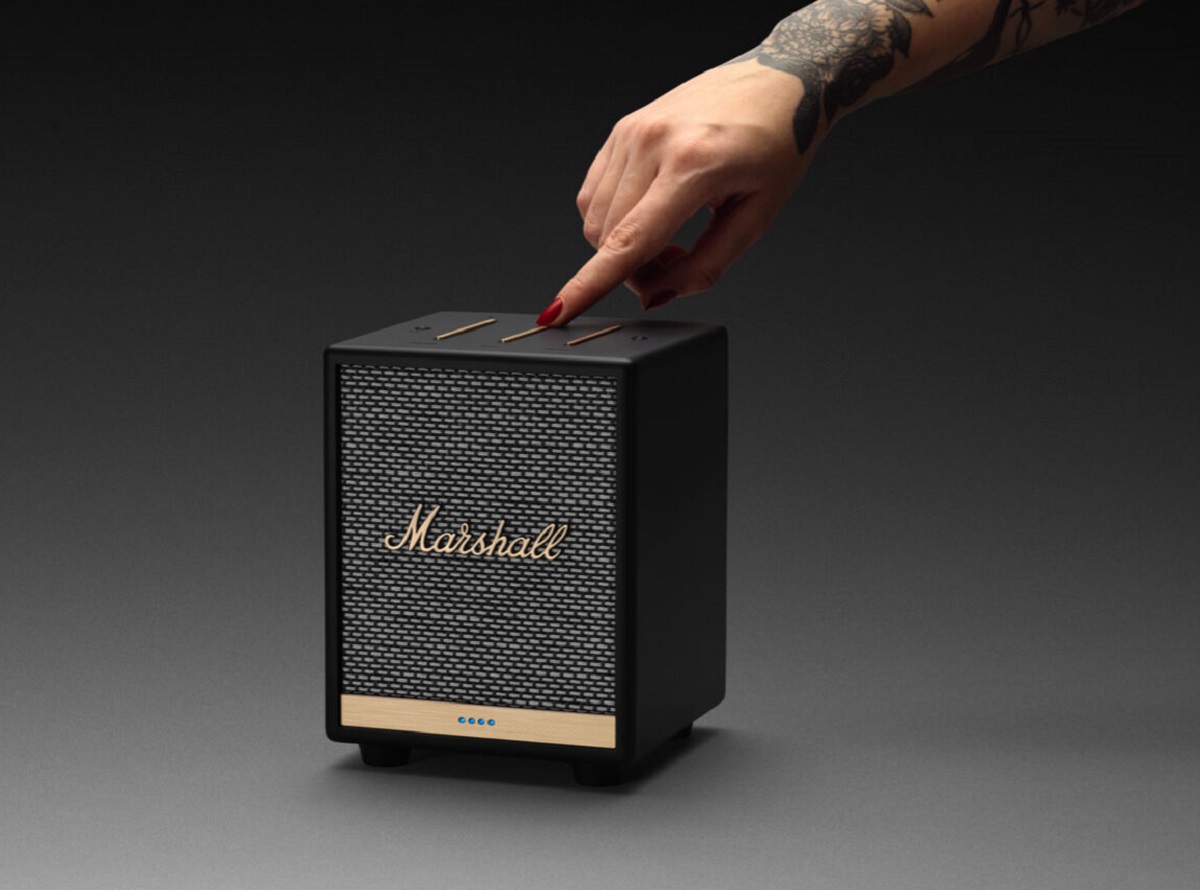 One more at Marshall! Strengthening its range of connected speakers, the British brand will welcome the little sister of the Stanmore and the Acton: the Uxbridge.

A small model at the average price of those of connected speakers, which does not forget the Marshall identity by adopting a pleasant and unique design.

Announced in Alexa version or in Google Assistant version (and not both at the same time), the Uxbridge smart speaker offers to combine power and compactness in a product only sedentary and oriented Multiroom. No battery therefore, it will remain on sector.

The Uxbridge, which has a dual band Wi-Fi connection (802.11 a / b / g / n and ac), is compatible with the Airplay 2 and Spotify Connect protocols. For the rest of the playback options, you will have to go through the dedicated Marshall Voice application. We will not fail to detail the reading options during a test.

To troubleshoot, the product keeps a Bluetooth 5.0 chip, without Marshall specifying multi-point compatibility, or compatible codecs. No word either about other inputs, jack or digital. 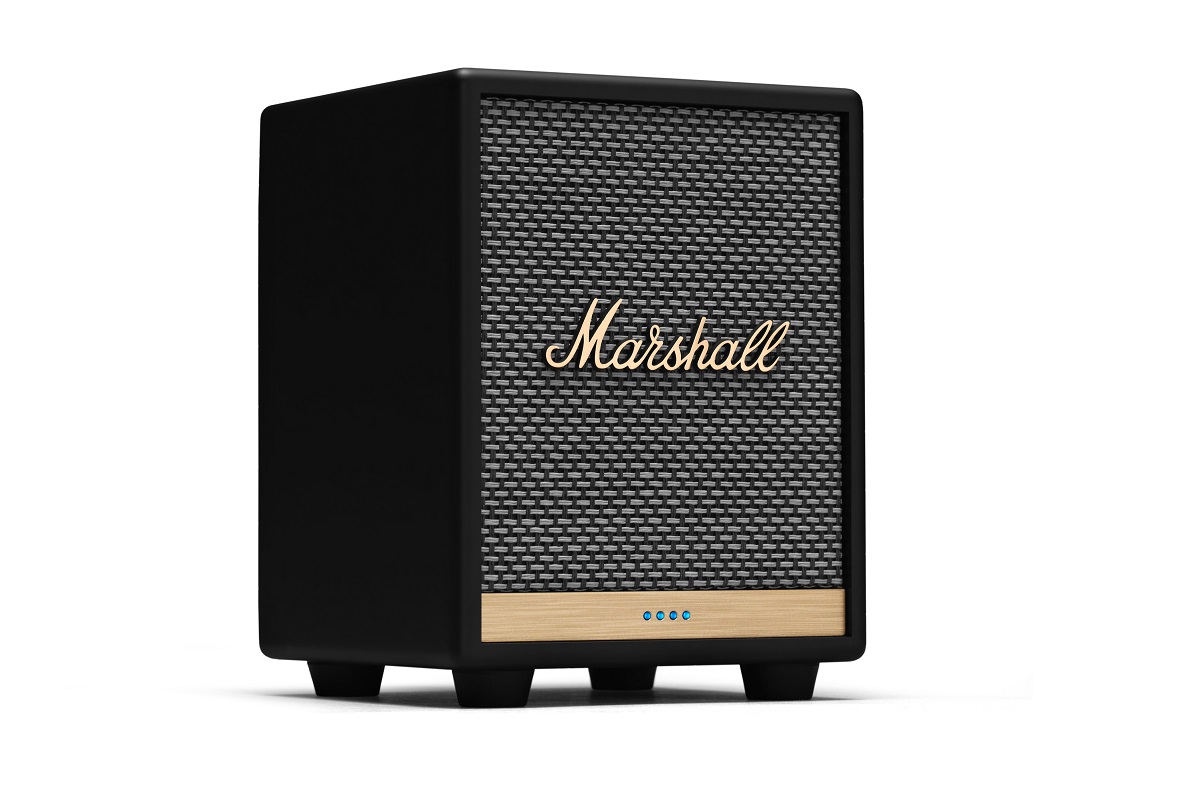 Whether in its Google Assistant or Alexa version, the Uxbridge uses a system of two microphones with noise control, in order to better isolate the voice. This multi-microphone arrangement is widely becoming the norm, allowing in particular to continue using all the functions of the connected speaker, even when it is playing music.

Let’s be clear, the announced 30 W of the class D amplifier is not impressive on paper, especially since the quality will depend a lot on the speakers. Here, Marshall doesn’t bother testing 360 or stereo sound. The Uxbridge operates in pure mono, using a bass / midrange speaker and a tweeter (treble) for an announced frequency response of 54 Hz – 20 kHz and a maximum sound power of 96 dB (measured at 1 m), which seems a priori very honest.

Despite its reduced size of 128 x 168 x 123 mm for a weight of 1.39 kg, the speaker incorporates, in addition to the sound adjustment and a playback button, control of bass and treble. Each adjustment knob takes the form of an elegant rod with brass accents, completely in the characteristic aesthetics of the brand.

We will not hide it, the product is above all interesting by its design. Thus, a good surprise on the sound level would quickly make it a little essential of the genre. 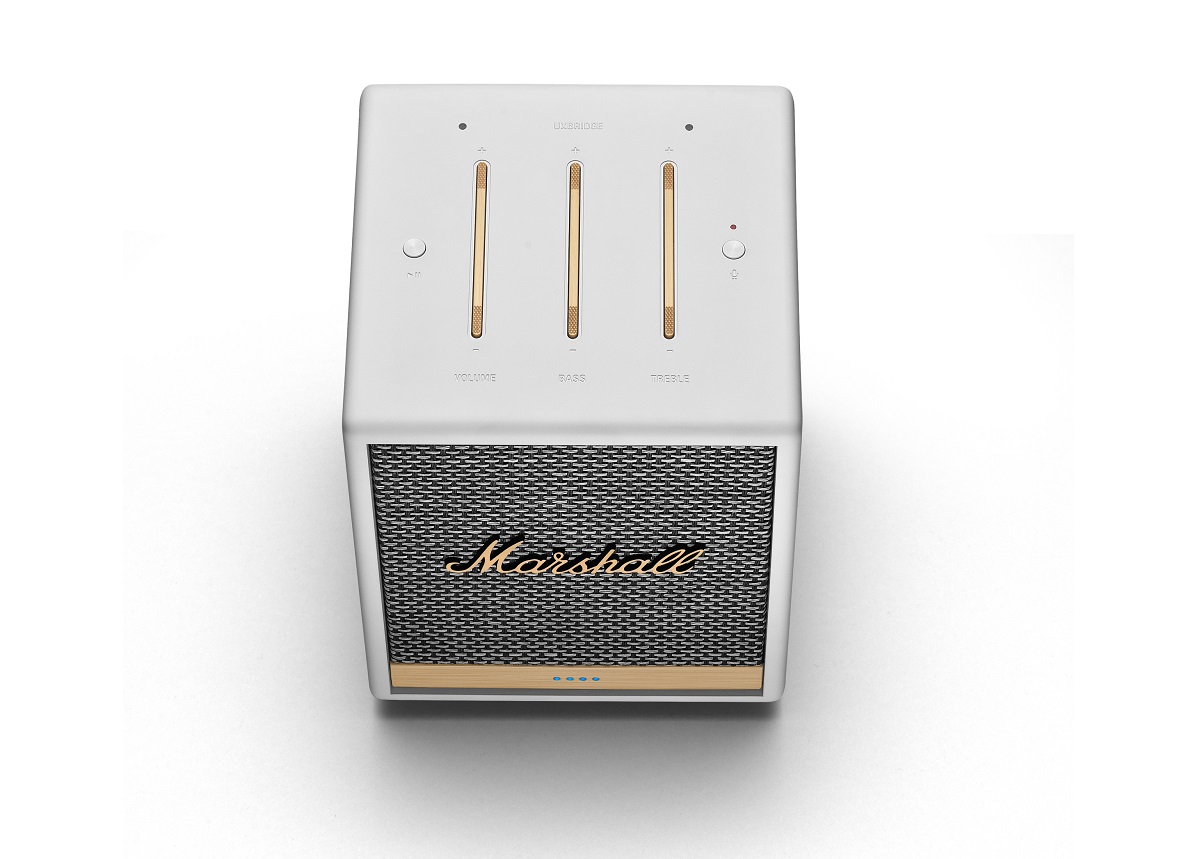 Announced in black or white finish for 200 euros, the Uxbridge will be available by April 8 in Alexa version, and early June in Google Assistant version.

Preview Gears Tactics: Reflection and action for an explosive alliance

all games confirmed so far

all about the Easter event

Trailer Microsoft Flight Simulator: the multiplayer is clarified in video

Luminous bracelets to counter the spread of coronavirus

Coronavirus, Folding @ Home has a record power of more than one exaFLOPS!

France – World | “No, cocaine does not protect against Covid-19”: watch out for false remedies

Thomas Sotto: what handicap does the journalist have?

OnePlus 8 Pro shows up on a fresh press render image

“Real Madrid will find it more difficult to find the future CR7 than Barca...

Premiership – Billy Vunipola will remain with the Saracens despite relegation – Premiership (England)...