- Advertisement -
Home Breaking News Fireworks display at corona demo triggers one and a half years in...
Breaking News 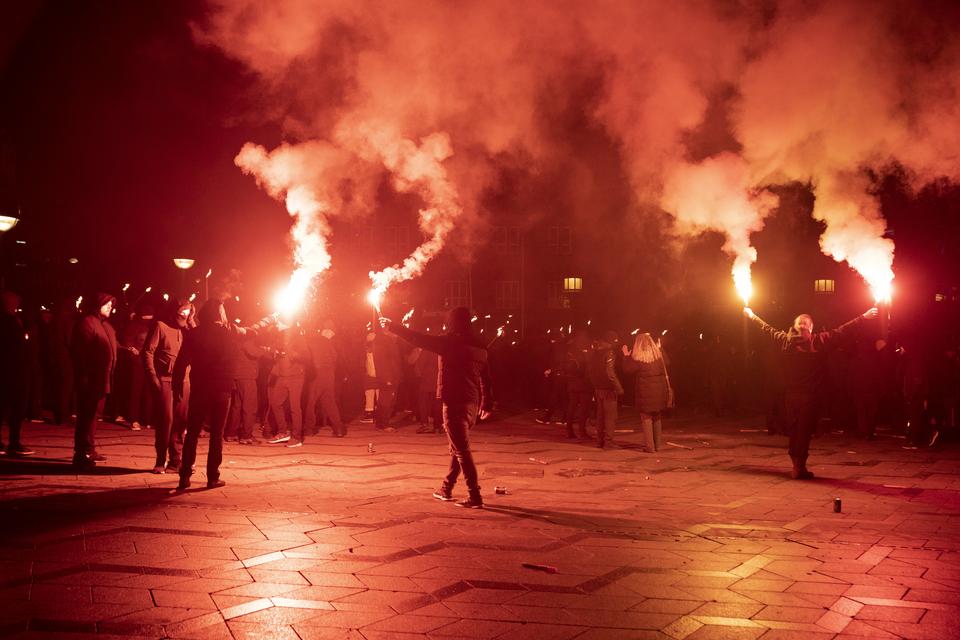 Both a 31-year-old man and his relatives have tears in their eyes when the man in Copenhagen City Court on Wednesday was sentenced to one and a half years unconditional imprisonment for having shot at the police with a Roman candle at a demonstration on 9 January.

The man has been found guilty of firing at least six shots with the Roman candle. One shot hit a uniformed officer. In addition, he is known guilty of having participated in gross disturbance of public order.

‘Finally, we believe that the matter must be attributed to and punishment determined in accordance with section 81 d both subsection. 1 and para. 4 as invoked by the prosecutor, “says Judge Merete Engholm.

The section deals with whether ‘the offense has a background in or connection with the covid-19 epidemic in Denmark’. If this is the case, the court has the option of raising the penalty to double.

The January 9 demonstration was organized by the Men In Black movement as a protest against the government’s coronary restrictions.

However, the judge did not specify at the time of sentencing whether the sentence had been doubled or increased to a lesser extent.

Senior prosecutor Tanja Søderlund argued in her procedure for a sentence of two years and eight months in prison. At the same time, she stressed that according to the prosecution, could only be punished with unconditional imprisonment.

“A conditional sentence is out of the question. Gross violence against the police results in unconditional imprisonment, even if the accused has good personal circumstances and has not been previously punished. The police also have families who want them safe in their homes, “she said.

The man’s defender, Snorre Andreas Kehler, believed the opposite, that his client should be acquitted or sentenced to a maximum of one and a half years in prison for his actions.

The 31-year-old, who is the father of a four-year-old daughter and lives on Funen, has asked for time to consider whether he will appeal the verdict.

In court, he explained that he was not meant to take part in the demonstration, but that he was gripped by a ‘wild mood’. Today he regrets his actions.

“I’m really sorry about what happened. I am a quiet and calm family man who really just wants to be there for my daughter and take care of my work, ”he said when he got the last word in court.

The officer who was hit by the fireworks was not seriously injured.

Autism spectrum disorder, how to approach this different way of interacting with the world

Ilie Nastase did the job as a foreign minister squared off

Autism spectrum disorder, how to approach this different way of interacting with the world

Ilie Nastase did the job as a foreign minister squared off

Autism spectrum disorder, how to approach this different way of interacting...