The city judges but releases the protester from the corona demo 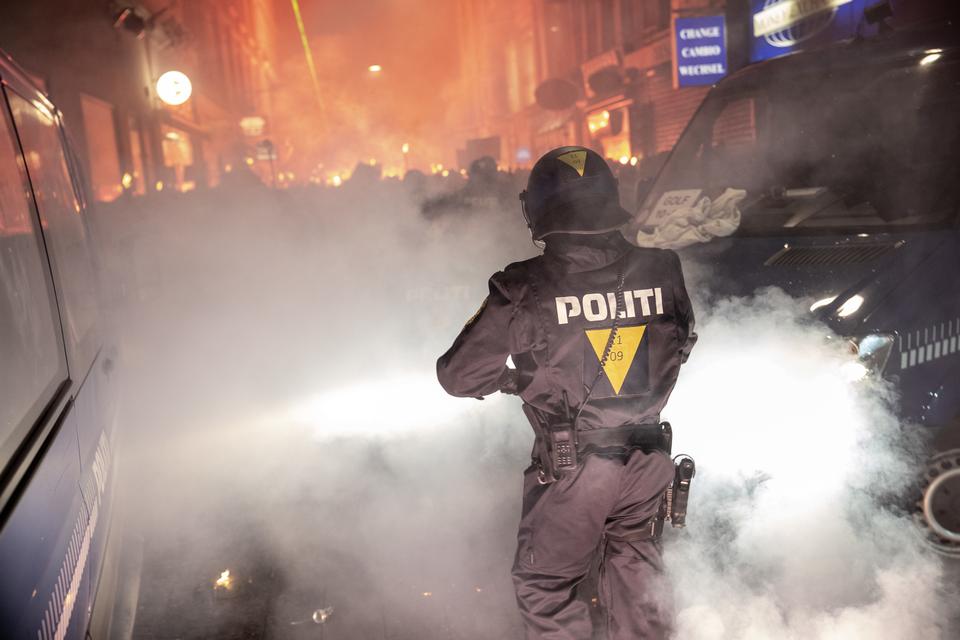 On Thursday, the Copenhagen City Court sentenced a 39-year-old man to one year and four months in prison for his role in a demonstration against the corona restrictions on the Town Hall Square in Copenhagen on 9 January.

However, the 39-year-old man, who has been in custody for three months, has been released at the same time.

The man has been convicted under a corona provision that raises the penalty. He threw cannon shots at a group car with several officers in it. In addition, he encouraged others.

One of the months in the man’s sentence, however, has nothing to do with the demonstration, but is instead due to the fact that he has been convicted of several traffic offenses. Therefore, he also loses his driver’s license.

The judge believes that the man’s role should in principle be punished with one year in prison, but that the punishment should be increased by a quarter due to the corona provision.

That is a lot less than a doubling of the sentence that could be involved.

Study: British variant coronavirus not more deadly after all | Abroad

The left wants to ease assembly bans and open gyms

A pandemic is not an obstacle to a wedding, but a mood like during a war

With his connected tables, Guillaume wants to ignite your beer-pong games

A pandemic is not an obstacle to a wedding, but a...

Coronavirus tests are distributed by the metropolitan municipality among the districts...